As Christmas draws near, we look back at our proudest moments from 2019

It’s been a busy 2019 at Willinga Park with expansions to our equine facilities, some incredible achievements from our Willinga Park horses and riders and we delivered our most extensive events calendar to date. Here are some highlights from the past 12 months.

In February Dressage by the Sea became the first-ever CDI4* event in Australia. We ran two CDI4* competitions over the eight days of competition. We broadcast the new Willinga Park Daily Wrap Show – something that has now featured at all of our equine events.

Our performance horses were high achievers on the equine stage. WillingaPark Emotion was crowned the Young Horse of the year, as Brett Parbery continued his success in the dressage arena. In February, Hell’s a Comin and Troy Palmer won the Masters Draft at the Landmark Classic.

In May, the Gold Buckle Campdraft was broadcast live on Channel 7. Over 220,000 viewers tuned in to the final of the Gold Buckle as Peter Comiskey won the $100,000 first prize for the second year in a row – a first for Australian free-to-air TV.

In August, we held our first ever Warrick Lawrence Campdraft Clinics. Due to demand, we added two days to the program. Once construction is complete on our campdraft arena, we’ll announce dates for the 2020 clinics.

In late August, a record number of visiting artists exhibited at the annual Sculptures for Clyde event.  We welcomed the largest crowd yet to the property, with 5500 people coming through the gates over the nine days.

Jumping@Willinga in September now has one of the largest prize pools in jumping, with $240,000 awarded over the four days of competition. During this year’s event, we hosted the first leg of the inaugural Jumping Teams League, an exciting step forward for the Australian showjumping industry.

In November, Hazel Shannon made history by becoming the first rider, for the third time, to win the Australia 3-Day Event – the only 5* eventing competition in the southern hemisphere. Hazel and Clifford became the fifth horse and rider in the world to have won the same eventing competition three times, and the first pair ever from the Southern Hemisphere.

In late November, we officially launched the Equine Education Centre – Our new conference, meeting and events venue. Combined with our botanical gardens, outdoor sculptures, award-winning architecture and luxury accommodation, we aim to become one of Australia’s premier conference destinations.

In early December, our team at Willinga Park fought tirelessly to protect the property and animals against the worst bushfires seen on the South Coast in decades. We thank our local Bawley Point RFS, as well as our incredible team, who displayed such resilience and teamwork to minimise the damage to the property and our town.

On 8th December, as the bushfires eased, good news came that Team Willinga Park won the final leg of the inaugural Australian Jumping Teams League, awarding them the overall win for the series.

Our breeding program continues to produce the next generation of equine champions. During the midst of the bushfires, we were very excited to welcome ‘WillingaPark Sweet Talkin Firestorm,’ a roan filly sired by Smooth Talkin Style, the 2015 NCHA Open Horse of the Year and out of Paris, the mare who won the first-ever $100k Willinga Park Gold Buckle Campdraft.

Here at Willinga Park, we strive to elevate equestrian sports. So over the year, Willinga Park has awarded $650,000 in prize money across four disciplines – making a significant contribution to the sporting industry. We want to take this opportunity to thank you for your support in helping us achieve this, and we hope to see you at one of the events at Willinga Park in 2020

From Terry, Ginette and the entire Willinga Park team, we wish you a safe and joyful Christmas. 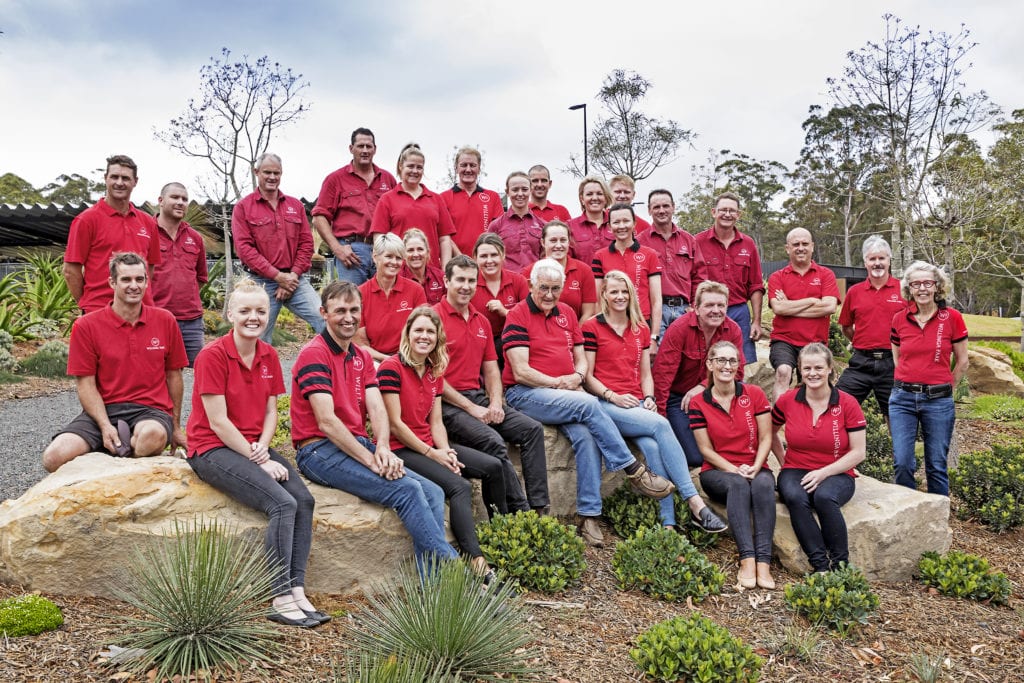